This post is more about me needing this again in the future because I keep on forgetting this from time to time. I was recently trying to convert certificates from PEM format to PFX format so that they could be uploaded to the Azure Web Apps. I have the Git Bash Command running which by default has the OpenSSL package so I don't have to install it separately.

After typing the command, the screen will just sit and stare you with no option and no output - 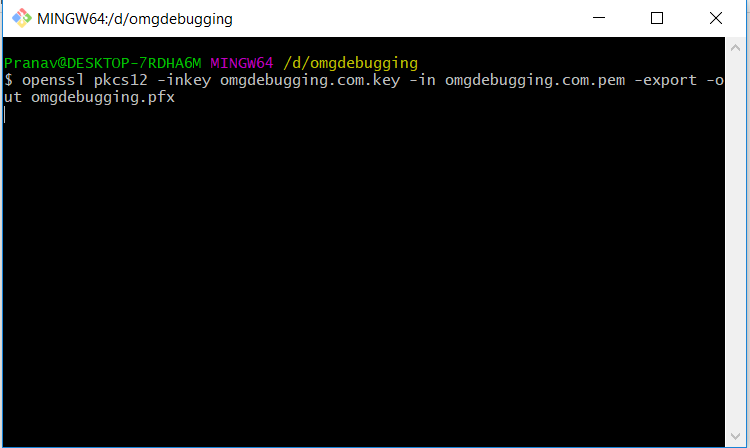 The only option now is to kill the command prompt and reopen it.

This issue arises because in the difference how input is passed to the OpenSSL command by Git Bash console. The fix to this issue is adding the word winpty before the entire command. Doing this will make the prompt enter your password, confirm the password again and once done, you will notice that a PFX file has been generated.
So, the command becomes - 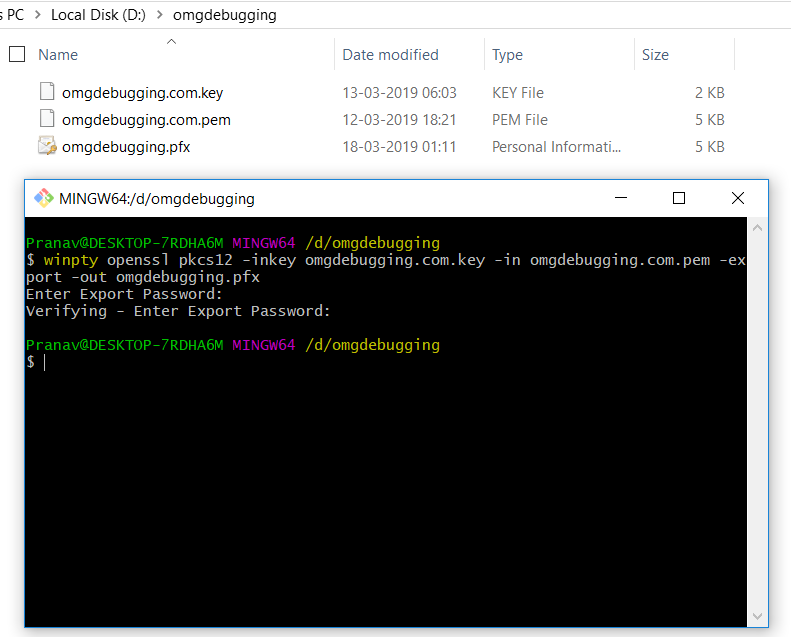 You might be wondering what WinPTY is and as per this SO thread,

winpty is A Windows software package providing an interface similar to a Unix pty-master for communicating with Windows console programs.
That is why you need it as described here:

The software works by starting the winpty-agent.exe process with a new, hidden console window, which bridges between the console API and terminal input/output escape codes. It polls the hidden console's screen buffer for changes and generates a corresponding stream of output.

Well well well... 2 posts in 1 day! (Pats myself on back...) I have been trying to automate the provisioning and deployments of Azure Functions using ARM Templates & PowerShell scripts for quite

This is just for myself when I forget in the future... An object returned by the ConvertFrom-JSON usually returns a PSObject but I need a hash table to properly manipulate and easily pass

OMGDebugging!!!
—
OpenSSL Hanging Up When Trying to Convert Certificates on Windows
Share this